Have you ever crossed paths with someone professing to be a Christian who thinks they are better than others? Yeah, me too.

It makes you wonder what Jesus would say about this behavior. Well, actually, we do not have to wonder. Jesus took on this subject head on. 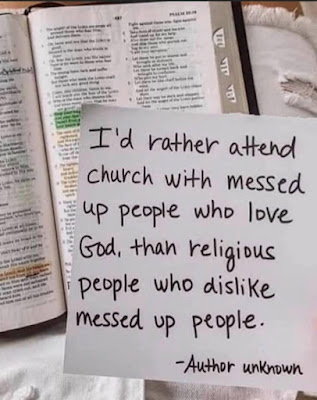 There is a great analogy of this found in a New Testament parable Jesus shared.

[25] Then an expert in the law stood up to test him, saying, "Teacher, what must I do to inherit eternal life?" [26] "What is written in the law?" he asked him. "How do you read it?" [27] He answered, "Love the Lord your God with all your heart, with all your soul, with all your strength, and with all your mind," and "your neighbor as yourself." [28] "You've answered correctly," he told him. "Do this and you will live." [29] But wanting to justify himself, he asked Jesus, "And who is my neighbor?" [30] Jesus took up the question and said, "A man was going down from Jerusalem to Jericho and fell into the hands of robbers. They stripped him, beat him up, and fled, leaving him half dead. [31] A priest happened to be going down that road. When he saw him, he passed by on the other side. [32] In the same way, a Levite, when he arrived at the place and saw him, passed by on the other side. [33] But a Samaritan on his journey came up to him, and when he saw the man, he had compassion. [34] He went over to him and bandaged his wounds, pouring on olive oil and wine. Then he put him on his own animal, brought him to an inn, and took care of him. [35] The next day he took out two denarii, gave them to the innkeeper, and said, 'Take care of him. When I come back I'll reimburse you for whatever extra you spend.' [36] "Which of these three do you think proved to be a neighbor to the man who fell into the hands of the robbers?" [37] "The one who showed mercy to him," he said. Then Jesus told him, "Go and do the same."

Here we see Jesus illustrates this quite simply. The religious leaders crossed over to the other side of the street to avoid having to deal with a “messed up” person. They didn’t want to take the time or put forth the effort to deal with this messy situation. In essence, they did not want to get involved.

It was the Samaritan who had compassion and stopped to help the distressed man. Keep in mind Samaritans we’re considered “half-breeds” and were looked down upon by the Jews of the day. Yet it was the Samaritan who seen a need, stopped to help plus payed what was considered two months wages to the innkeeper. Upon his departure he told the innkeeper to take care of the man and he would settle up any other expenses when he came back through

How about us? Do we take time for “messed up” people? If our paths crossed someone in need will we stop and tend to them? Will love them and be Jesus to them? It brings to mind a chorus to a song:

Oh to be His hand extended

Reaching out to the oppressed

So that others may know and be blessed

Posted by Ray Spellbrink at 9:19 PM No comments:

Is It Time To Move Forward?

So often we fail to move forward or even move on to things God has in store for us. As a rule, many people don’t like change. We are comfortable with the way things are. We don’t want to have to step outside of our comfort zone even if we know we should. 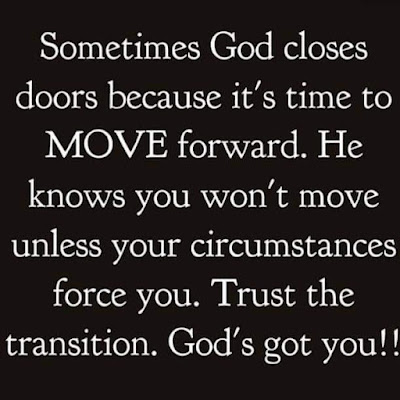 It’s very possible God will close doors that we are trying our best to keep open. He wants to move us onto bigger and better things but He knows until the current door closes we won’t budge. The bottom line is the current door must shut if we are going to move forward with God.

If you find yourself in this situation today allow God to close the current door and move on in Him. The next door - the next opportunity - God has in store for you will amaze you. Everything God does is amazing and will have amazing results if we walk through the door He is opening for us. I know these things to be true as I speak from personal experience.

While the transition may be challenging for those who resist change, the reward and outcome will be worth it all. God knows what He’s doing. Trust Him!

Ray
Thanks for taking your time to read and share this blog. If you know of someone who would be encouraged by this blog, please feel free to forward  a link or use the icons below to repost or forward this blog.
Check out my website at www.rayspellbrink.com
Posted by Ray Spellbrink at 2:41 PM No comments:

God Has A Plan

I’m a firm believer that God has a plan for every individual. I have believed this for many years  I have shared this with many people. 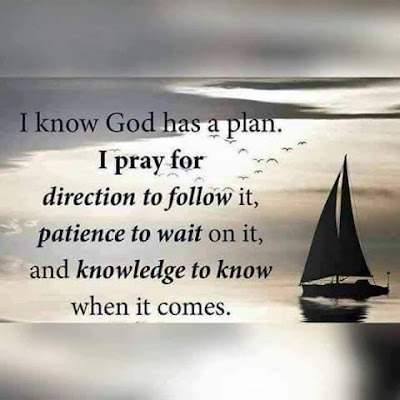 I think many of us often have preconceived notions of what that plan looks like God has for us. We attempt to confine God to a box of what we think He wants for us. By doing so we limit God’s ability to fully reveal His plan for us. You see, we can limit what God does in our lives. We see examples of that in the Bible.

For I know the plans I have for you"-this is the LORD's declaration-"plans for your well-being, not for disaster, to give you a future and a hope.

God knows the plan He has in mind  for each of us. It’s a plan taylor-made for us. God is well aware of our gifts, personality traits and our quirks. In fact He often uses these things to accomplish His plan and purpose in our lives.

It doesn’t matter how young or old you are. It doesn’t matter if you are rich or poor, educated or uneducated, an extrovert or an introvert, have good health or bad health - God has a plan for you!

The plan God has for each of us is for our own well being. His purpose is to give us a purposeful future that is full of hope.

I encourage you to look “outside the box” and see what God has for you. Embrace God’s plan for you. You will find no greater joy than knowing God’s plan and being in the center of His will.

Posted by Ray Spellbrink at 8:43 AM No comments:

Leave The Drama Behind

We live in a day of division.  Bitterness and anger run rampant among friends, families, co-workers, churches and even countries. We are certainly seeing more than our share of it in the USA. I have never seen a more divided time than what we are experiencing today. It’s heartbreaking and sad to see what is going on and how this division is impacting all those involved.

People and people groups get their feelings hurt far too easily these days. Political correctness is running amuck. It’s crazy! Everywhere you look there is drama. Sometimes it even turns dangerous and deadly. 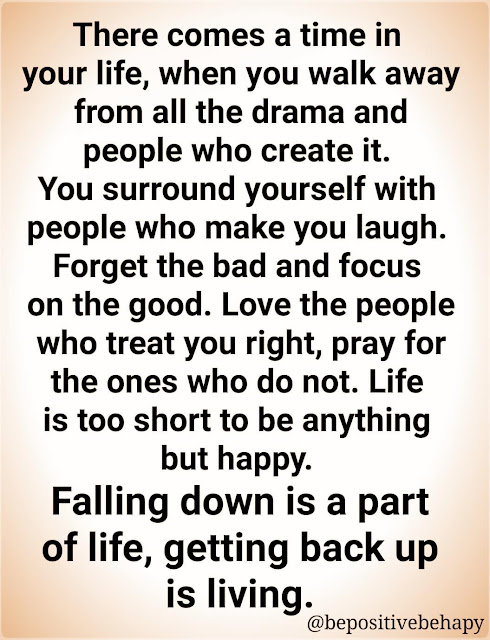 I do agree with the above. I have never been one to like drama. I don’t like it in families, work places, churches or my country. Frankly, I don’t see the point. I am aware of the old adage, “The squeaky wheel gets the greased”. Many start drama and carry on until they get their way. How sad. What a miserable life they must have.

I learned a long time ago to walk away from drama and the people who start it. I still love and care about these people but I want no part of the lifestyle of drama they have chosen for themselves.

As for the drama queens, I will certainly pray for them that they, too, will be free from their self imposed bondage. If you are one of them, come and walk with me - away from the drama. Life is, indeed, too short to be anything less than happy.

Ray
Thanks for taking your time to read and share this blog. If you know of someone who would be encouraged by this blog, please feel free to forward  a link or use the icons below to repost or forward this blog.
Check out my website at www.rayspellbrink.com
Posted by Ray Spellbrink at 9:18 AM No comments: