Does It Really Matter If People Know Who You Are?

Sometimes we wonder if our lives have even mattered. Have we had an impact in any way on those around us?

Perhaps we look for something tangible to see what impact our lives have had. Often we walk away disappointed.

The fact is, in many cases, only eternity will tell the impact our lives have had on others. Let me share a story, if I may. The story is about a man named Edward Kimball. His name doesn’t sound familiar? Let’s take a look at what impact his life had on others. 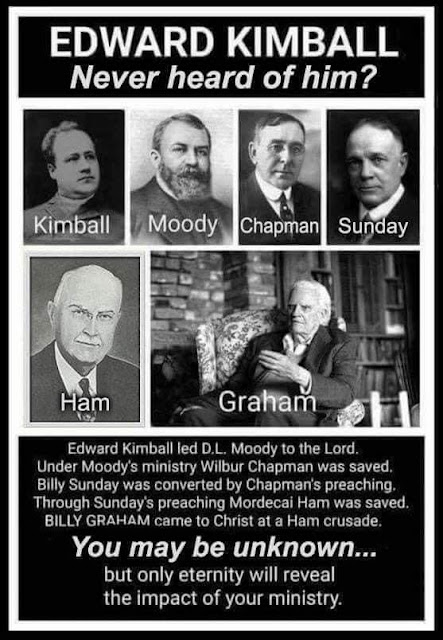 Ray
Thanks for taking your time to read and share this blog. If you know of someone who would be encouraged by this blog, please feel free to forward  a link or use the icons below to repost or forward this blog.
Check out my website at www.rayspellbrink.com
Posted by Ray Spellbrink at 8:34 AM